Maike Dörries – Translator of the Month for June and July 2017 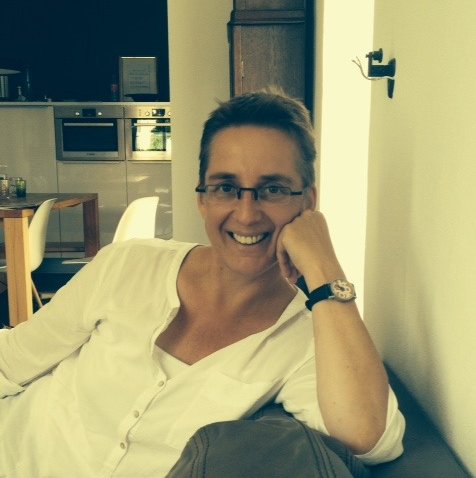 Maike Dörries, who translates into German, is our Translator of the Month for June/July.
2017-06-23

The translator of the month for June and July is Maike Dörries, who translates into German. In June she took part in NORLA’s seminar for translators of literature for children and young people in Lillehammer, and is an extremely experienced translator, with more than 200 titles from Swedish, Danish and Norwegian to her name. In the interview she also mentions that she played a role in the creation of Endre Lund Eriksen’s popular novel for young people Den sommeren pappa ble homo (“That Summer my Dad was Gay”).

How did you end up as a translator of Norwegian literature?

I started learning Swedish as a teenager after spending several family holidays in Sweden and from a Swedish boyfriend, a relationship which unfortunately didn’t survive the summer. Nonetheless, my love for the Scandinavian languages did! At the age of 18 I very naively submitted my first translation sample (Gösta Knutsson’s Pelle Svanlös (“Peter-No-Tail”)) to the largest children’s book publisher in Germany, which did not lead to a book, but 13 years later I had the chance to translate it as a children’s opera! A few years before this, during my studies in Göttingen I had started my translation career in a bit more organized manner – thank you to Gabriele (Haefs) who gave me my first translation job for one of your Scandinavian anthologies!!! – and I did a number of internships at different children’s book publishers.

Since my first Norwegian translation in 1997 of Øystein S. Ziener’s JEG? sa Ole (“Me? Said Ole”) I have translated close to one hundred Norwegian titles, many of these also for children and young people (such as Nesbø, Lund Eriksen, Torseter, Kaldhol, Fretheim, Anne Holt), but also crime fiction and thrillers and novels (the majority in collaboration with Günther Frauenlob: Nesbø, Egeland, Enger, Wiik, Tvedt, Aust) and cookbooks, sewing books (Tildas hus (“Tilda’s House”)), fact books (Myskja: Hjertet mitt har ikke demens (“My Heart Has No Dementia”)).


Audun Myskja’s book about dementia and Alzheimer’s disease was difficult, not just because of the amount of technical terminology, which required a good deal of research – even though Myskja writes in a very accessible way for relatives and caregivers who don’t have medical training – but above all because the subject matter really struck a nerve in me and is something that can affect each and every one of us, at any time. And then if one doesn’t have anybody, which is important in order to ensure one receives the best possible care …

At any rate, the book continued to resonate within me for a very long time and gave me many sleepless nights. Which also some crime fiction or thrillers can do.

On the other hand, Jo Nesbø’s Proctor books have been particularly fun – I love his politically incorrect imagination and the total anarchy of his children’s books and the comical word creations! Günther Frauenlob and I are currently doing the translation of the fifth book Kan Doktor Proktor redde jula? (“Can Doctor Proctor Save Christmas?”) –top-notch amusement from cover to cover!

There are many special Norwegian expressions, such as foods (Norwegian goat cheese, marzipan ring cake, fish-balls, blood pudding, etc.) or cultural phenomena (17th of May, the blue-red-green-black high school graduation rituals, songs, psalms or nursery rhymes, etc.), which often carry specific and emotionally charged associations for the Norwegian reader but don’t trigger any associations whatsoever or similar memories and feelings in a German reader.

Included here for me are also the many dialects, which in Norwegian texts are often evocative, where the problem is not the understanding, but finding exactly the right corresponding expression in German. But it is precisely because of these types of tricky questions that our job becomes like varied and stimulating detective work: finding a solution for every new context, an appropriate word or expression – often with the help of colleagues, editors, authors …

But naturally, texts for children (and the younger they are, even more so), are often shorter, the language simpler and the plots not as complex as in adult books. And I must have in the back of my mind at all times that they are texts written by an adult who is putting him or herself into a child’s world and telling a story from a child’s perspective. That is perhaps the little something extra that distinguishes the translation of children’s books from the rest …

You are an extremely experienced translator with a good 200 titles to your name. What have you learned along the way?
That I have what is conceivably the best job there is!
Of course I have become more experienced with time, but I never stop learning. I have learned my strengths and my limitations and that the translation of literature can never be done by machines.
And I have learned how invaluable it is to have a large network and personal contact with colleagues and authors and the country. Thank you NORLA, who supports our work at all times!!

What is the best part about being a translator?
That it’s an incredibly dynamic job that never ever stagnates.
I learn how to create new voices all the time, learn about new subjects, I meet new, exciting people, gain transcendent insights into fictive worlds that I otherwise would never experience in real life.
And I have the chance to contribute to making Scandinavian literature, which I think is important or which I quite simply like, available to German readers.
That feels huge.

Do you have a special Norwegian book that is close to your heart? If so, why is it special for you?
The book closest to my heart is Endre Lund Eriksen’s Den sommeren pappa ble homo (“That Summer my Dad was Gay”)!!!


On the last page there is an acknowledgement thanking “Maike Dörries, my German translator for the first sentence and the idea. Without you this book would never have come about!”

One summer in Gotland I discovered a greeting written by two girls in a guestbook in a café lavatory: “The summer in Gotland was the best, just too bad our dads became homosexuals…”
What an idea for a children’s book!!! For a long time I thought about whether this was the moment when I would start writing myself or if there maybe was another German author whom I could envision as the writer of such a story … I couldn’t come up with any German authors and decided that I do a better job as a translator … But later I thought of Endre Lund Eriksen’s books about Pitbull-Terje, which I had translated into German. He has exactly the right tone, I thought. And when I accompanied him as his translator at public readings he did some time later in Berlin and at a trade fair in Leipzig, I made the initial suggestion and he welcomed it with enthusiasm. And wrote the perfect book for it, at least in my mind! Full of humour, on the nose, against the grain, respectful! And after an ever so long odyssey of events (but that’s another story) I had the chance to translate the very book that I had come up with the idea for! :-D !

Read more
You can read more about Maike Dörries in this German Wikipedia article.

And more in English here.

A number of her translations are registered in the National Library of Norway’s database, Oria. Take a look at them here.