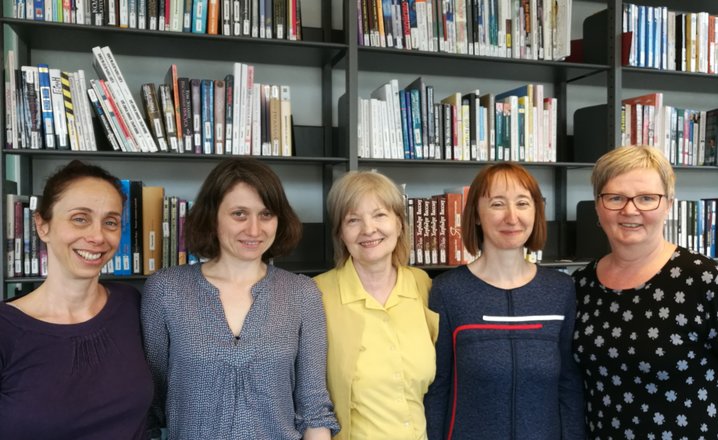 Two of the translators are currently working on Maja Lunde’s The History of Bees, one is translating A Modern Family by Helga Flatland and one is currently translating Berge by Jan Kjærstad.

During their stay in Oslo the four translators hope to meet literary agents in order to learn even more about Norwegian literature in several genres. Some are also hoping to meet the authors they are translating, or will be translating. One of them is looking for contemporary Norwegian short stories for a forthcoming anthology, another is looking for great new books that may be of interest to the publishing houses she is cooperating with. A third is a professor and teaches Norwegian at University level in addition to being a translator, and is looking forward to discussing new projects with NORLA. A fourth is a dramaturg as well as a translator, and she is hoping to discovering new, Norwegian drama that might suit theatres in her own country.

The translators will have several opportunities to get to know Oslo better and will hopefully enjoy being surrounded by all things Norwegian. We also hope they will be able to take part in several literary events during their stay, as well as throrough visits to bookshops.

And last but not least we know that they are looking forward to getting to know each other and to exchange experiences.

All four translators will also be having work stations in our office, so we look forward to seeing them almost daily.

Read more about our translators hotel and previous seasons here.