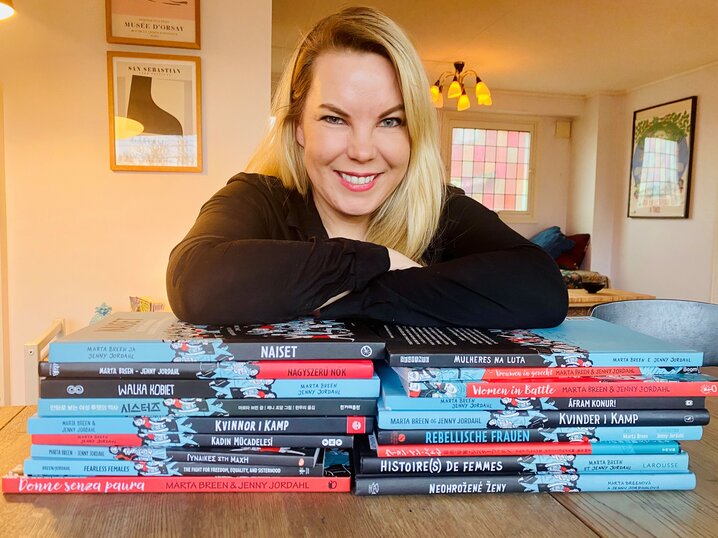 At NORLA, we celebrate with the graphic novel Women in Battle by Marta Breen and Jenny Jordahl (ill.). This inspiring and important book is (being) translated into 27 languages.
See all here

Marta Breen comments:
- “It has been wonderful to experience the book becoming an international hit, and I have learned so much the last couple of years. When I give speeches abroad, the audience often have a lot of questions about how the gender politics works in Norway, and they also tell me about their own situation – so we learn a lot from each other.
- In some countries, the term “feminism” is quite controversial. But it shouldn´t have to be, because feminism is simply the name for the fight against gender discrimination. As a feminist, you do not want a person’s gender to limit their freedom or their opportunities in this world. It is as simple as that.”

We also recommend a text by Marta Breen about her authorship and feminism, which can be found here