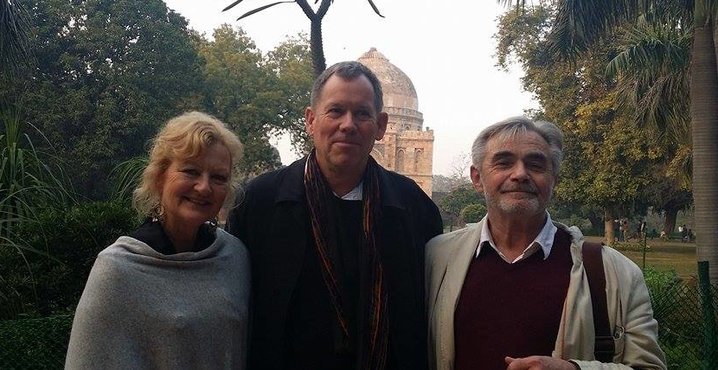 It was the first time a crime fiction festival was arranged in India and it was an unmitigated success! A large and diverse public of active and eager participants attended the different sessions and it was of interest to note that people were particularly interested in how the crime fiction genre can be used to shed light on current social issues. Both Nils Nordberg’s introduction to Nordic crime and Trude Teige’s participation in a panel on sexualised violence were well-received.

Read the report about the inauguration of the festival and the two events featuring Nils Nordberg and Trude Teige on the bottom of the page.

The Jaipur Literary Festival is the world’s largest free-of-charge literature festival, which is held in the area surrounding a huge palace. Everything is huge – the literary stars, the number of patrons, the palaces, the flower decorations, the elephants…a single large-scale happening! Nils Nordberg interviewed Håkan Nesser, and NORLA took part in Bookmark, a sideline event on a slightly smaller scale where industry professionals networked and scheduled meetings. For two days there were seminars and discussions about issues pertaining in different ways to the Indian book industry. NORLA, in its role as a “Special Partner”, held an opening address and also took part in a panel debate about the importance of “A national reading policy”.

Read an interview with Nils Nordberg in the Indian Express here.

Read more about the Crime Writers’ Festival here.
And see great photos from the festival here.