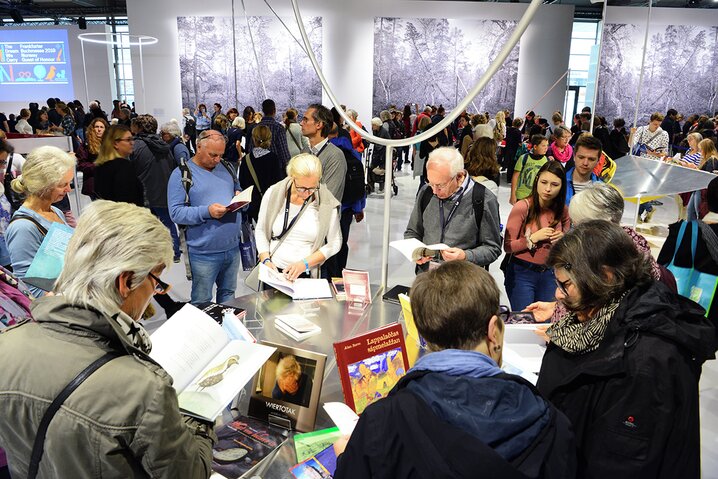 Sami literature was a central part of the literature program when Norway was Guest of Honour at Frankfurter Buchmesse in 2019. That same year, Arts Council Norway established a new purchasing scheme for Sami literature. NORLA’s translation support now applies to books written in both Norwegian and Sami. For translations from Sami languages, subsidies are granted provided the original has a Norwegian ISBN number and that it is for a market outside the Nordic region.
The subsidy for translations of books in Sami languages within the Nordic countries is managed by The Sami Artists’ Council (www.samidaiddar.no).

Award Bonanza at the Norwegian Festival of Literature