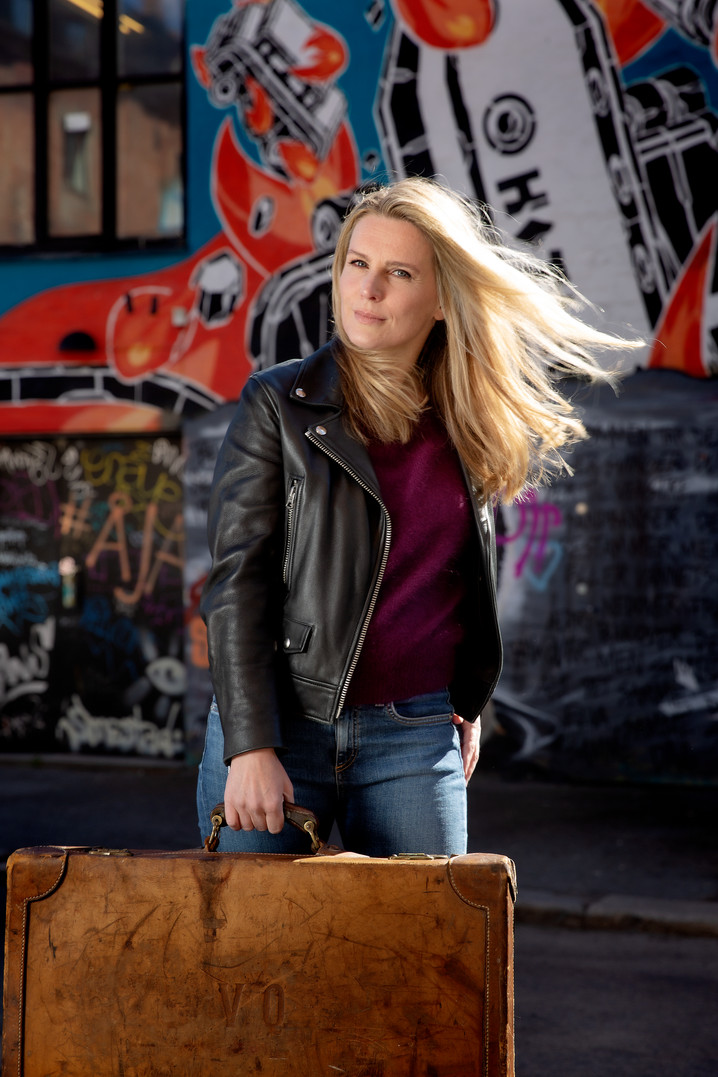 We are happy to present our selected title author Trude Lorentzen. She has written Quisling’s Suitcase. In The Footsteps of the World’s Most Infamous Traitor (original title: Quislings koffert. I fotsporene til en forræder).
The book is one of NORLA’s Selected Titles of the autumn 2022.

Quisling’s Suitcase is a fantastical and unique story about the Second World War. It is about a worn, old leather suitcase, with stickers from foreign cities down the sides and two letters imprinted on lid: V. Q. – the initials of the worlds most famous country traitor.

With this case in hand, Vidkun Quisling traveled to Ukraine to save human lives alongside Fridtjof Nansen – and then to Adolf Hitler in Berlin, to the treason that turned his name into an international slur.

When I get the opportunity to buy that same suitcase at an auction nearly a hundred years later, I embark on a detective hunt through time. Who was the man who wanted to be Norway’s own Nazi dictator? How did he navigate a world balanced on a knife’s edge? This suitcase has seen it all. Cannibalism. Polygamy. In total, eleven visits with Der Führer. And finally – who has carried on the heavy, brown baggage after the traitor, ’til the present day?

Quisling’s Suitcase is an uncomfortable and relevant narrative of making decisive choices in the crossroads of history. The book builds on Norway’s most listened to documentary podcast thorugh all time, and includes secrets that have never before been told.

The Second World War is often written about in a kind of lofty and dark way, by middle-aged men. I am a girl, and not particularly lofty or dark. With the suitcase as my personal handle to the war, a new gaze is presented. I’ve found a dizzying number of oral primary sources, and explore the darkest chapter of our history in a way that puts Quisling’s Suitcase in the upper echelon of non-fiction literature, alongside titles like Hare with Amber Eyes (Edmund de Waal) and The Ratline (Philippe Sands).

I think the book will astound the already established readers of the war canon, while also inviting in new generations — and more women.