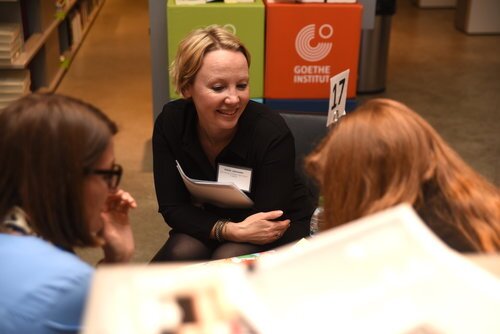 The Frankfurt Book Fair’s New York office and Publishing Perspectives are, for the second time, organising a Rights Salon for Children’s Literature in New York. Hege Langrusten from NORLA will be taking part to help expand the contact network, particularly within children’s books.

Read more about the event here.

And the interviews with last year’s participants here.

On NORLA’s Flickr pages, you can see the covers, within Norwegian children and young-adult books, that have been published abroad since 2011, through translation support from NORLA and the Nordic Council.
Click here.