The Faster I Walk, the Smaller I Am
Jo fortere jeg går, jo mindre er jeg

Mathea Martinsen has never been good at dealing with other people. But one thing she has learned. They are not like her. Now, as an old woman, she suddenly experiences a great grief, and she is struck by the fear that she will die before anyone will know that she has lived. Mathea digs out her old wedding dress again, bakes some sweet cakes and goes out among the others.
Kjersti Annesdatter Skomsvold’s first novel stands out for its humorous earnestness and unusually inventive prose. 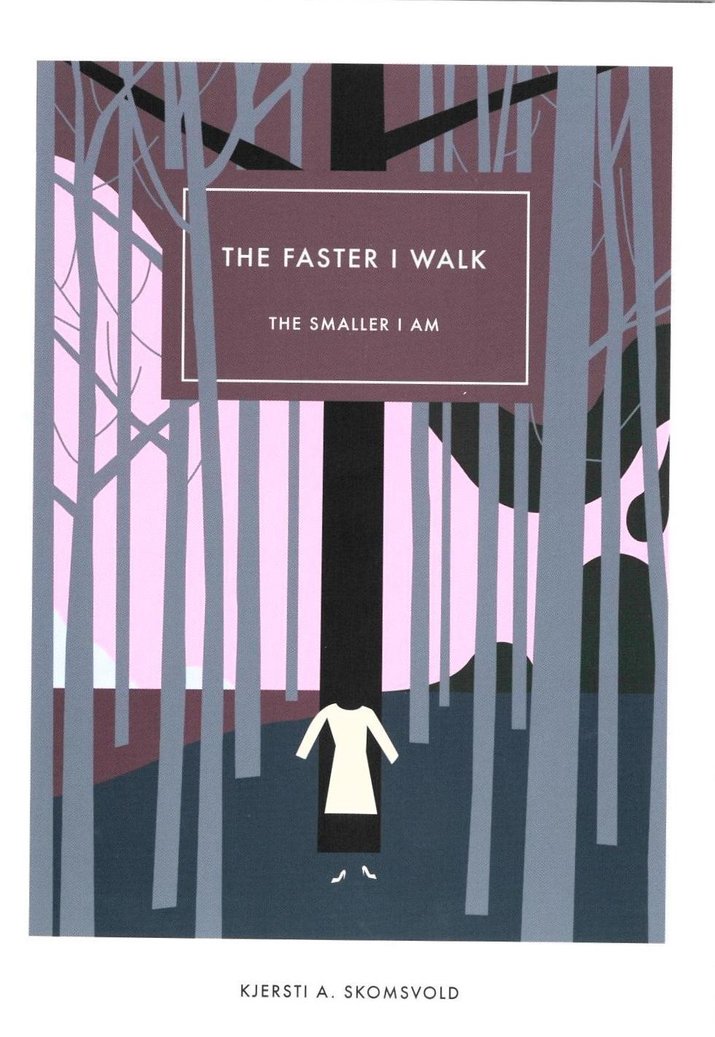 ‘Original and moving. Kjersti Annesdatter Skomsvold portrays with absurd insight the horrible and fascinating aspects of nearing death (…) Skomsvold has created a character adorably absurd both in her language, thoughts and actions.’

‘An astounding literary debut (…) nothing less than scorching poetry.’ 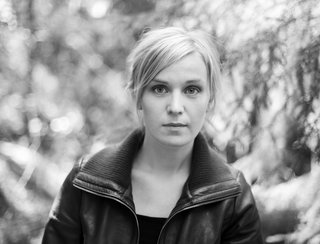 Kjersti Annesdatter Skomsvold is from Oslo. She made her literary debut in 2009 with the novel The Faster I Walk, The Smaller I Am, which was awarded the prestigious Tarjei Vesaas First Book Prize 2009, nominated for the Booksellers’ Prize 2009 and the P2 Listeners’ Prize, and shortlisted for the International IMPAC Dublin Literary Award 2013. The Faster I Walk, The Smaller I Am received a lot of attention and glittering reviews; the newspapers Aftenposten, VG and Klassekampen all included it in the lists of their critics’ favourite books of 2009. It has been sold for translation into more than 20 languages, and received massive attention when it was launched in USA and UK in the fall of 2011.
Monsterhuman (2012) is Skomsvold’s second novel. It got shortlisted for the P2 Listeners’ Prize and was nominated for Best Norwegian Book 2012 by Natt & Dag.
A Little Sad Mathematics was published in the fall of 2013, and is Skomsvold’s first poetry collection. Skomsvold’s most recent novel, 33 (2014), has also received rave reviews from the Norwegian press.