The true story about fashion is both beautiful and ugly.

When Prince Charles admitted that he had been unfaithful to Diana, she used a dress as revenge. The United Nations has declared that the consumption in Western countries is causing global warming, and still people continue buying more clothes than ever before.

Why is being well dressed so important? Why is fashion powerful?

The Dress Code tells the story about the fifth biggest industry in the world. The book invites the reader to explore the mythical phenomenon of fashion, and includes both Louis Vuitton’s theories on what makes luxury luxurious, the secret of Anna Wintour’s tyranny, and how the democracy of fashion was built by slavery.

This is the story about what fashion really is and what part it plays in a worldwide system of decoration. 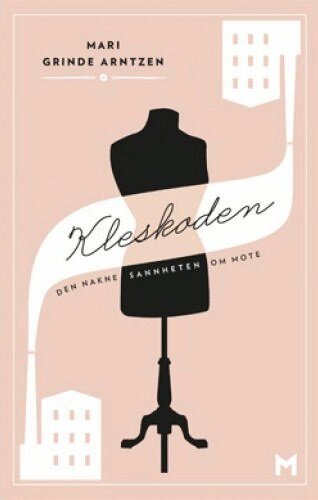 Mari Grinde Arntzen is a journalist and writes about visual culture and fashion in a sociological perspective. She works as a lecturer at the School of Fashion Industry in Oslo.