Inga has seen photographs of the war in the newspaper and heard the sound of bombs and gunshots on television. Luckily Inga lives in a peaceful country, where not even the bumblebees present a threat. But when war creeps closer and Mum and Dad bring the conflict into Inga’s own home, it feels as if it also moves into Inga’s head. It stays there, even long after Mum and Dad have separated.

Is it possible to be happy again, after having gone through a war? Can you remove the conflict from your mind, even if it has settled there? 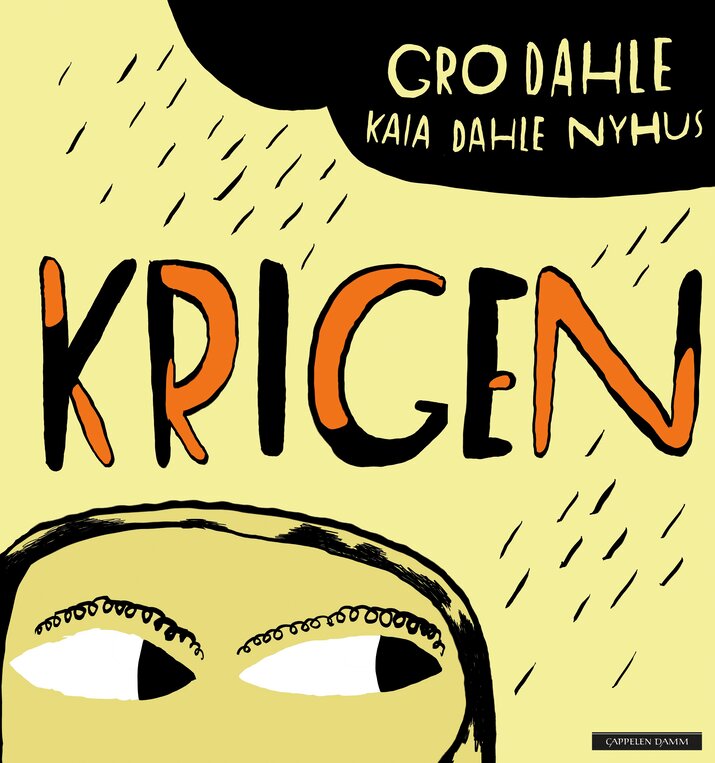 ‘Few could convey this kind of story with the same skill (…) Her poetic, wise words diminish the hugely sorrowful impression created by the plot…The illustrations are exciting, showing original emphasis and use of colour.’

Gro Dahle made her literary début with a collection of poetry, Audiens (Audience), in 1987. Since then she has written a number of poetry collections and children’s books, in addition to textbooks in Norwegian language and literature for primary schools. Dahle stands out as a stylistically naïve, imaginative, quick-witted and burlesque writer – a poet treading her own path. As a children’s book writer she is known for her poetic books on themes that are often given little attention. Her poetry collections Regnværsgåter and Hundre tusen timer have solid places in the canon of modern Norwegian poetry.
Gro Dahle was awarded the Ministry of Cultural and Church Affairs’ prize for best children’s book in 2003, for her picture book Sinna mann (The Angry Man).

Kaia Linnea Dahle Nyhus (b. 1990) is a student of visual communication at the National Academy of Arts in Oslo, and also studies illustration at the Luzern College in Switzerland. She designs book and CD covers and illustrations for newspapers. She has made short films, both in documentary format and animations.

The 2018 Ministry of Culture’s Special Prize