In her third documentary account, Erika Fatland takes the reader on a journey that is unknown to even the most seasoned globetrotter. The five former Soviet Republics’ Kazakhstan, Kyrgyzstan, Tajikistan, Turkmenistan and Uzbekistan all became independent when the Soviet Union fell apart in 1991. How have these countries developed since then? With this in mind, Erika Fatland explores with her usual compassion and vast knowledge of these societies, their recent and ancient history, their culture and landscapes. She invites the reader to witness griping human encounters and interesting accounts of how the Soviet heritage has influenced these countries, where the governing rule varies between experiments in democracy to pure dictatorship – a few of them with a personal cult and mismanagement unlike any other.
In these countries, that used to be the furthest border of the Soviet Union, life follows another pace of time. Alexander the Great’s army brought with them the walnut from Arslanbob in Kyrgyzstan to Europe, and in the Yagnob Valley on the border of Tajikistan and Uzbekistan the population still speak Sogdian, the main language of the silk trail. In between the treasures of Samarkand and the bleakness of Soviet architecture, Erika Fatland moves with her openness towards the people and the landscapes around her. A rare and unforgettable travelogue. 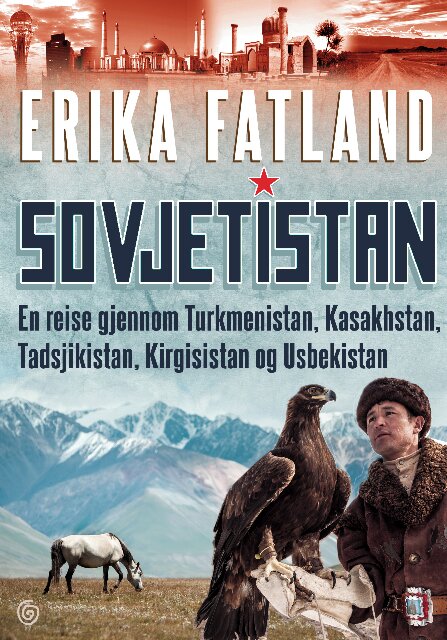 ‘Precise report from the Sovjet outskirts. Shrewd observations from a country where the absolute rulers take turns to rule. With an acute journalist eye, firm writing and not least a solid background in social anthropology, Erika Fatland has given us a number of astute books on complicated subjects.’

Erika Fatland (b.1983) is a Norwegian author and social anthropologist. She has lived and travelled abroad extensively and speaks English, French, Russian, German, Italian and Spanish. Fatland has worked as a freelance journalist for a number of Norwegian journals and publications. For her thesis the field work was conducted in Beslan in North Caucasus, in 2007. Her book on the tragedy of Beslan, The Village of Angels, (2011) was nominated for the Norwegian Brage-prize. Fatland’s debut as an author came in 2009 with the children’s book, The Parent War. The book received good reviews and was chosen by the Norwegian Booksellers Association as part of the curriculum for Norwegian schools.