“In a never-ending, staggering march the Christian population of Eastern Thrace is jamming the roads towards Macedonia. Twenty miles of carts drawn by cows, bullocks and muddy-flanked water buffalo, with exhausted, staggering men, women and children, blankets over their heads, walking blindly along in the rain beside their worldly goods. It is a silent procession. Nobody even grunts. All they can do is keep moving.”

This quotation from Ernest Hemingway is a description of events in the border zone between Turkey and Greece in September 1922. Stian Bromark’s book explores the consequences of the forced migration of populations between the two countries, which Fridtjof Nansen supported. Whole towns were emptied, and 1,6 million people were forced to flee. Greeks and Turks still feel the trauma, and some of those who were directly affected are still alive.

Bromark travels through Greece and Turkey, visiting historic cities such as Istanbul, Athens, Izmir and Thessalonika. This is a travel book combined with a historic review of the Greek-Turkish conflict. 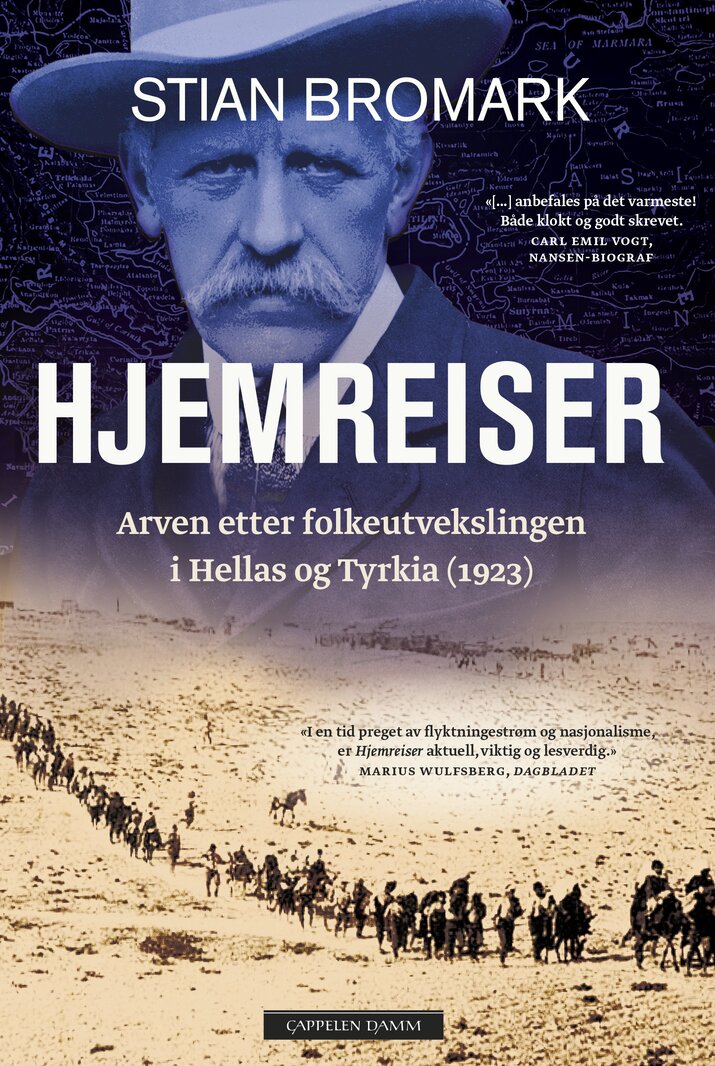 ’This book is fascinatingly topical… Bromark expresses himself brilliantly, as he always does, with little glimmers of fine humour in the descriptions. This historical documentary is written in first class prose.’

‘… When he is at his best, Bromark knocks the ash off the words with a knack reminiscent of Hemingway. (…) With its topics of refugee streams and nationalism, Hjemreiser is topical, important and worth reading.’ 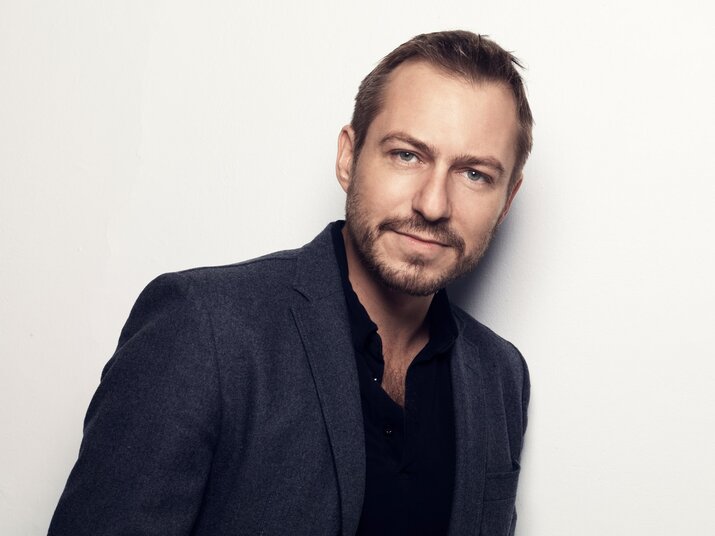 Stian Bromark (b. 1972) is editor-in-chief of the magazine, Agenda. He has had wide experience as a reporter, commentator and editor with the newspapers Ny Tid, Dagbladet and Dagsavisen, as reporter, commentator, book reviewer and debate and comment editor. His work as a journalist included culture and book reviewing. Bromark has also worked as publishing editor in Cappelen Damm documentary department.

He has written seven non-fiction books including: Frykten for Amerika (‘The Fear of America’) (with Dag Herbjørsrud), which was nominated for the Brage Prize in 2003; and the book about the events of 22nd July 2011, Selv om sola ikke skinner (2012), which has been translated into English as Massacre in Norway. Stian Bromark studied literary theory, writing and history of ideas at the school for writers in Bø.