Plastic Waste in the Sea
Søppelplasten i havet

People first started making plastic out of oil in a large amount in 1950. Paper and apple cores break up quickly in the sea, but plastic doesn’t. We’re producing more and more plastic every year. Researchers think that there are around 100 million tons of plastic floating around in the sea. This waste, which respects no national borders, is carried away by the ocean currents and distributed over the whole of the earth. In thirty years, there will be more plastic than fish in the sea if we carry on dumping at the same rate as we are now.

What can we do? The polluters are the ones who have responsibility for what they are dumping in the sea. The politicians must pass laws and regulations in their own countries and work with other countries to clean up the ocean. But we can also do a lot where we live. Researchers are working to find ways to collect up all the millions of tons that are floating out at sea. And it’s urgent! 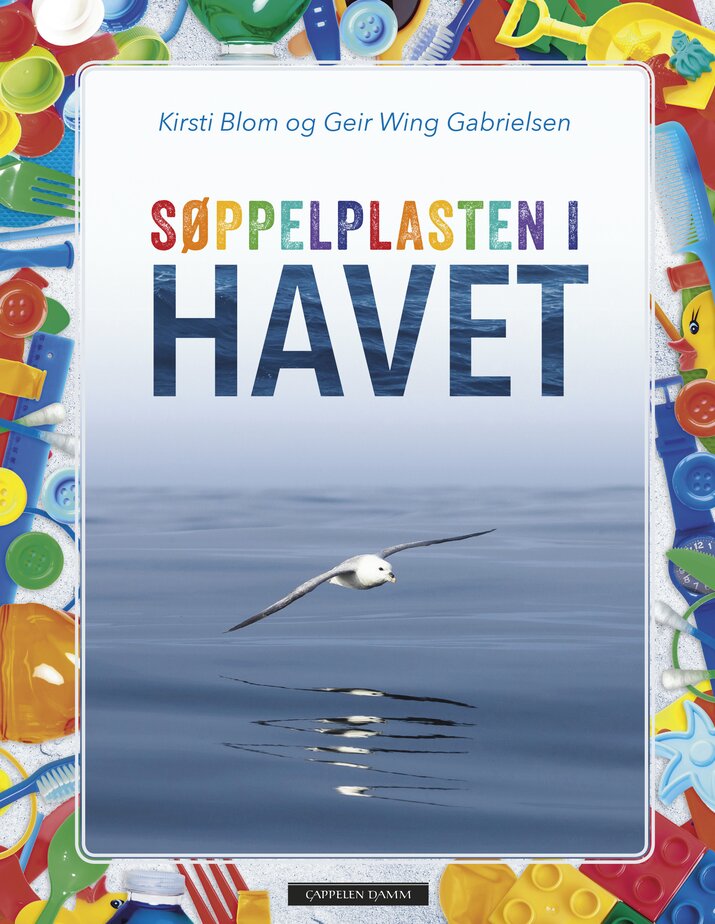 ‘This is an important book for us and for coming generations. A beautiful and informative book for young and old.’

Kirsti Blom (b. 1953) is first and foremost a writer of fiction, but she also publishes non-fiction for children.

Geir Wing Gabrielsen is a researcher and biologist, and the head of the section conducting research into environmental pollution at the Norwegian Polar Institute in Tromsø. He is also a UN representative (UNEP) in the area of marine litter.