Alberta and Jacob (1926), the first volume of the trilogy, introduces Alberta Selmer, one of the 20th century’s great anti-heroines: Imaginative and intelligent, trapped in a stiflingly provincial town in the north of Norway, she is a misfit whose only affinity is for her extrovert brother Jacob. Her mother makes no attempt to conceal her disappointment at her daughter’s social failings, and Alberta is desperate to get away. When Jacob escapes to a life at sea, Alberta’s rebellion, though muted and ineffectual, begins to grow.
254 pages
In Alberta and freedom (1931) Alberta escapes from her life in Norway to seek out Paris; a city where the bohemians will never die, where there is absinthe and endless talk of Cubism. But Paris is not all she imagined. Although she begins to write pieces for newspapers, Alberta’s self-esteem is low, and her inexperience makes her prey to the casual approaches of predatory men. Relationships, when they happen, are neither easy nor happy. Feeling her talent beginning to suffer and her freedom stagnating, Alberta faces a struggle to survive.
236 pages
In Alberta Alone (1939), Alberta, now mistress to Sivert, is living in Paris with their small son. While Sivert is involved in a liaison with a Swedish painter, Alberta falls in love with Pierre, a writer just returned from the First World War. With subtlety and insight, Cora Sandel depicts the gradual corrosion of a relationship, against the background of the aftermath of the Great War.
285 pages 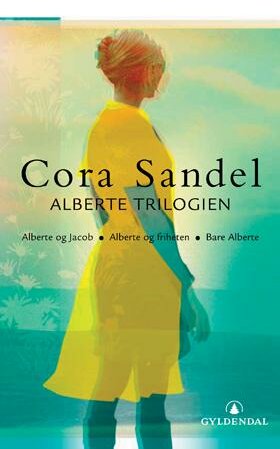 ‘She has a place to herself among the finest contemporary writing.’ –

«Ahead of her time . . . like Virginia Woolf though much tougher. A classic.»