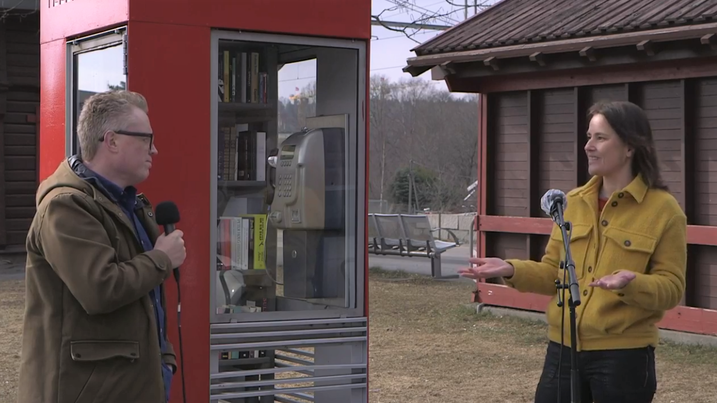 Due to the corona virus pandemic, the Norwegian Festival of Literature in Lillehammer has made substantial changes to it’s original plans and programming.

Instead of a physical festival at Lillehammer, there will be a free digital festival May 29-31 – the largest of it’s kind in the Nordic region.

The festival’s children’s book program – the Pegasus program – is postponed until September, when schools and kindergartens hopefully are back to normal.

As a premiere to it all, the festival offered the world’s (possibly) smallest festival – digitally – Thursday March 26, from 2 pm (CET/GMT +1). This micro festival offered conversations with authors taking place in a former telephone booth that has been converted into a reading kiosk. The program was streamed on Facebook, but NB: in Norwegian only!

We suggest you start now by looking forward to all the festival events you will be able to experience from your own living room!

Visit the festival’s website.
(The altered program will be announced when all details are in place).

Read all about the fesitval changes here