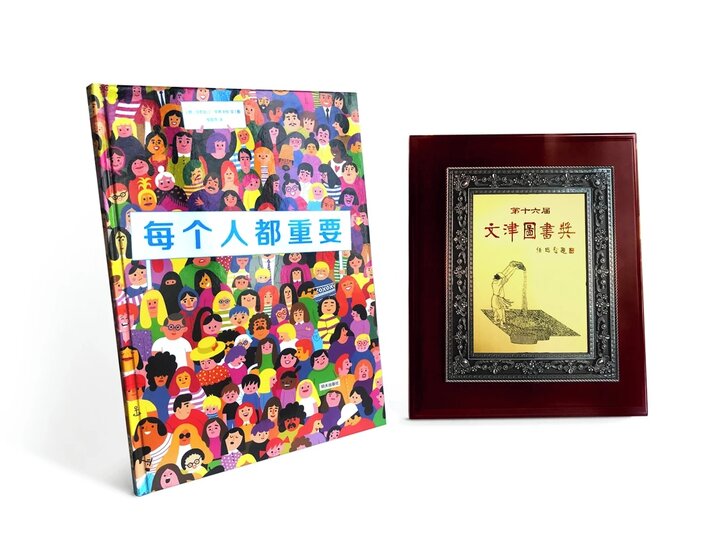 Norwegian books travel far and wide and at NORLA, we are always pleased when the books, their authors, illustrators and translators receive well-deserved literary distinctions from abroad.
Here you will find information on literary prizes, awards and nominations that we have noted so far in 2021.

Helene Flood is the winner of the Icelandic Best Translated Crime Novel Prize, with her novel The Therapist (original title: Terapeuten). The book is translated by Halla Kjartansdottir.
Read more (in Icelandic)

Vigdis Hjorth is awarded The 2020 Believer Book Award for the novel Long Live the Post Horn! (original title: Leve posthornet!). The book is translated by Charlotte Barslund.
Read more about the award
About the novel

The picture book Everybody Counts (original title: Alle sammen teller), written and illustrated by Kristin Roskifte, has won one of the most important book prizes in China: Wenjin Award. The book is translated by Wenyan Zou.
The award has been issued by National Library of China since 2004 in cooperation with 68 libraries across China, and it is given to selected titles in the category of Children’s literature, popular science and social sciences published the previous year. 20 books in total were selected this year and among the 6 books in the children’s book category, Everybody Counts is the only foreign publication. It has been singled out from over 600 children’s books that entered in the competition!

Everybody Counts has also received top reviews in China, and has claimed several important awards, including the Special recommendation in the 2021 Annual New Children’s Book Recommended Reading list (among 15 titles) hosted by Chinese Writers Association.
Read more (in Chinese)
Foreign rights are sold to 31 langauages so far!

Eldrid Lunden has been awarded the highly-coveted Swedish Academy’s Nordic Prize 2021.
Read more (in Swedish only)

The award-winning picture book The Girl Who Wanted to Save the Books by Klaus Hagerup (1946-2018) with illustrations by Lisa Aisato, has been awarded an honorary diploma by the Iranian Ministry of Culture as one of the nine best books of the year. These nine have been selected from 560 semi-finalists on the ministry’s list of recommended books, in competition with 10,080 children’s books published in the Iranian calendar year 2020. The book has been translated into Farsi (via English) by Atie Alhoseini.
Read more about the book which has sold foreign rights to 29 languages!

The handbook Write brilliantly by Steffen Sørum and Eldrid Johansen, illustrated by Ingrid Dos Santos has been selected as the top title by Iran Book House (Khane Ketab Iran). The book is also on the Iranian Ministry of Culture’s list of recommended translations – selected from 560 other competing books published in the autumn of 2020. The book has been translated into Farsi by Manijeh Azadi.
Read more about the book

Agnes Ravatn’s novel The Seven Doors (original title: Dei sju dørene) is shortlisted for the CWA Crime Fiction in Translation Dagger 2021. The book is translated by Rosie Hedger.
The winner will be announced July 1.
Read more

The Swedish translation of Tor Ulven‘s (1953-1995) Gifts for the Grave (original title: Gravgaver) is nominated for the Best translation-prize awarded by the Swedish authors’ association and publisher Natur & Kultur. The book is translated by Thomas Kjellgren and Nils Sundberg.
The winner will be announced September 23.
Read more (in Swedish)

Two Norwegian books on the 2021 longlists for the prestigious 2021 Crime Writers’ Association (CWA) Daggers Award, in the category Crime Fiction in Translation Dagger!
Jo Nesbø: The Kingdom, translated by Robert Ferguson.
Agnes Ravatn: The Seven Doors, translated by Rosie Hedger.
The CWA Dagger shortlist will be announced in May.
Read more

Roy Jacobsen is, along with his translator Paula Stevens, longlisted for the prestigious Dutch 2021 European Literature Prize / Europese Literatuurprijs for the novel The Unseen (original title: De usynlige). This is the fourth nomination for the translator!
The shortlist will be announced ultimo June.
Read more (in Dutch)

Tarjei Vesaas’ novel The Birds (original title: Fuglane) is shortlisted for the 2021 Leipzig Book Fair Prize in the category Best Translation. The book is translated by
Hinrich Schmidt-Henkel.
The winner will be announced on May 28.
Read more (in German)

Alf Kjetil Walgermo’s book Mom and Dad in Heaven (original title: Mor og far i himmelen) has been nominated as a finalist in the 2020 Foreword INDIES Awards, in its category for juvenile fiction. The prize is dedicated to books published by small independent publishers in the US. The book is translated by Deborah Dawkin.
Read more

Jon Fosse’s The Other Name: Septology I-II is long-listed for the prestigious DUBLIN Literary Award 2021.
The book is translated by Damion Searls.
Read more

Please let us know should we have missed any nominations or awards!

We are always happy to hear from you.
Please contact us here

Interested in news about Norwegian literary awards and nominations?