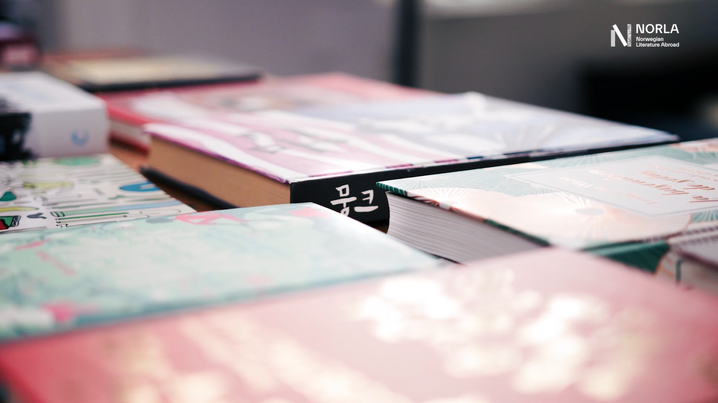 Of the 527 translation grant applications received by NORLA in 2021, 521 were approved. 394 of these were fiction titles, and 127 were non-fiction. Furthermore, 136 of the total number were books for young adults and children. The 521 subsidies are divided between 375 different titles, and 254 authors are represented. These numbers show that there is a huge variety in the literature that crosses borders to other countries.

Danish, German and Swedish on top
Just as in 2020, Danish is the most popular, and German the second most popular, for Norwegian literature in translation. Swedish is the third largest language (up from 8th place in 2020). After that, the biggest languages for Norwegian literature in terms of translation subsidies are: English, Spanish, Dutch, French and Russian in joint 7th place, Polish, Bulgarian and Serbian in joint 9th place, and finally, Turkish.

In 2021, NORLA awarded grants to 93 Nordic translations, of which 78 received funds from the Nordic Council of Ministers.

The most translated authors – measured according to NORLA’s translation support granted in 2021 – regardless of genre:

The most translated authors – measured according to NORLA’s translation support granted in 2021 – sorted by genre:

Fiction for adults
Karl Ove Knausgård has 21 works of fiction in translation.
Jon Fosse has 11 translations (and one title for children).
Roy Jacobsen and Lars Mytting both have 7 translations each.