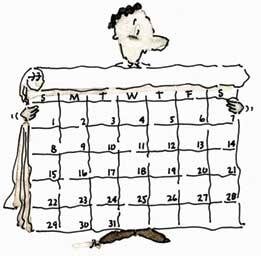 17-18 January – The authors Nils Nordberg and Trude Teige will along with NORLA attend the Crime Writers festival, New Dehli, India. Read more about the festival here

21-23 January – NORLA will meet Nordic colleagues, Torshavn, The Faroe Islands.
The employees at the Nordic literary offices meet annually, and this year the meeting will take place in Torshavn at the Faroe Islands.

26-30 January – German-Norwegian-German translators’ seminar in Berlin.
In this unique event a group of translators working from Norwegian to German will meet with a group working from German to Norwegian in a whole week of in-depth translation work! The seminar is arranged by translators Ebba Drolshagen and Hinrich Schmidt-Henkel, both well known in NORLA-circles, and Elisabeth Beanca Halvorsen, who translates from German to Norwegian.
Oliver Møystad from NORLA, who also translates from German, will be present at the seminar.
Read more about the seminar (in German) here

FEBRUARY
1 February: Application deadline for NORLA’s translation subsidy regarding non-fiction titles
Foreign publishing houses, also in the Nordic region, may apply for translation subsidies from NORLA for the publication of Norwegian books.
Read more on how to apply here

2-4 February – Simon Stranger and NORLA will attend the Nordic children’s book conference in Stavanger.
Read more about the conference (in Norwegian) here.