Application deadline: Participate at the Norwegian Festival of Literature in Lillehammer 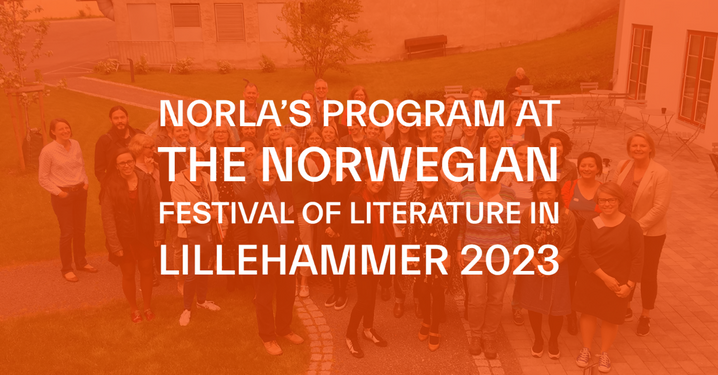 NORLA invites foreign publishers, editors, sub-agents and scouts of Children’s and Young Adults literature to apply for our fellowship program at the Norwegian Festival of Literature in Lillehammer, 23 – 26 May 2023.
You will get introduced to outstanding children’s and young adults authors and illustrators from Norway, get an introduction to Norwegian children’s literature and have meetings with literary agents in the Rights Centre.
The fellowship is partly financed by the Ministry of Foreign Affairs.
Please read more and apply here

As in previous years, NORLA would also like to invite translators of Norwegian literature to Lillehammer in connection with the Norwegian Festival of Literature. For up to ten participants, NORLA will cover travel expences, board and lodging from Tuesday 23 until Friday 26 May.
The scheme can only be applied for by those who translate directly from Norwegian.
Read more and apply here