The Border places Erika Fatland at the forefront of international non-fiction prose. On a captivating journey, a tour-de-force of knowledge, human encounters, historical insights and sweeping distances, Erika Fatland travels along the seemingly endless Russian border – from North Korea in the Far East through Russia’s bordering states in Asia and the Caucasus, crossing the Caspian Ocean and the Black Sea along the route. The journey takes her to war-torn Ukraine, where Putin’s modern Russia is again pushing violently for expansion, and then continues north through Eastern Europe, finishing after 14 countries and more than 20 000 kilometres at the Russian-Norwegian border, verging on the Arctic. The itinerary also takes the reader through the icy waters of the Northeast passage, a route until recently blocked by ice, now seen as the new commercial maritime pathway to the East. The journey hence encompasses the enormous territory that is Russia, the largest country in the world.

It is a book about Russia and Russian history without the writer ever entering Russia itself; it is a book on the topic of being the neighbours of that mighty, expanding empire throughout history. The enormous cultural differences between the countries that the author visits are eclipsed by the one, common factor, which in different ways has defined them all: Living next door to Russia. The Border narrates the colourful, exciting, tragic and often unbelievable histories that have evolved due to this fundamental, geopolitical condition. At the same time, it is a fascinating and vivid description of the cultures, peoples, landscapes and heroic individuals the author encounters along the border. 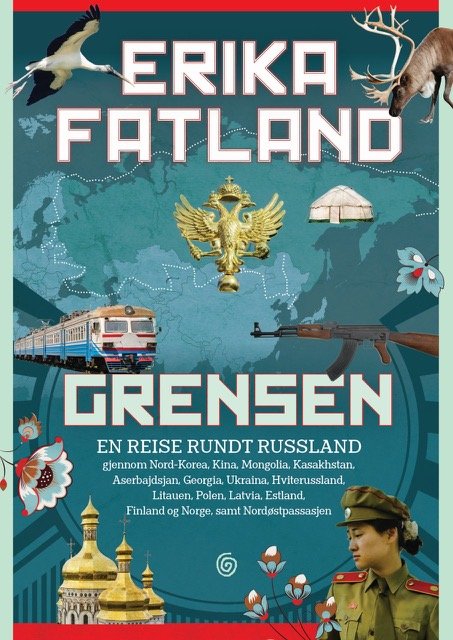 “a pleasure to read”

Erika Fatland (b. 1983) is a Norwegian author and social anthropologist. She has lived and travelled abroad extensively and speaks English, French, Russian, German, Italian and Spanish. Fatland has worked as a freelance journalist for a number of Norwegian journals and publications. For her thesis the field work was conducted in Beslan in North Caucasus, in 2007. Her book on the tragedy of Beslan, The Village of Angels, (2011) was nominated for the Norwegian Brage-prize. Fatland’s debut as an author came in 2009 with the children’s book, The Parent War. The book received good reviews and was chosen by the Norwegian Booksellers Association as part of the curriculum for Norwegian schools.