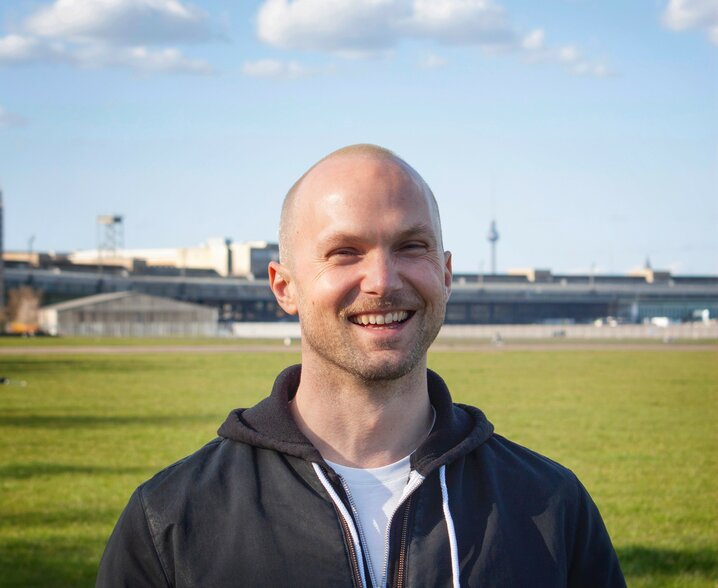 Our translator of the month for May is Andreas Donat (b. 1983) from Austria. He is fairly new to the world of translation having started in 2018 and has since then translated Hanne Ørstavik and Roskva Koritzinsky among others. Andreas is also a classical pianist and in the years prior to corona you could sometimes hear him performing at various concert venues around the world. He grew up in Vienna, lived in Oslo for several years, and now lives in Berlin.
Andreas’s work will soon be in the spotlight with Gine Cornelia Pedersen’s Zero (original title: Null) and Hanne Ørstavik’s Ti amo.

We asked Andreas whether he chooses the books he wants to work with himself – and if so, how does he do it?
«So far I’ve been able to select books that I like and suggest them to German (and Austrian and Swiss) publishers. At first that applied to everything I found exciting, but over time I’ve gained a slightly better understanding of what the publishers are looking for, and that has narrowed the field a little. Nordic literature is often quite dark and will often concern heavy themes like death and suicide and mental illness, and I get the impression that these subjects aren’t quite as popular in Germany (perhaps Austria has a slightly greater affinity for the dark…). Either way, I’ve so far only translated books that I like very much and believe in – and I hope that will continue to be the case in the future.»

Learn more about Andreas on Books from Norway and also on his homepage.

Those of you who understand Norwegian can read his Translator of the Month interview in full here.