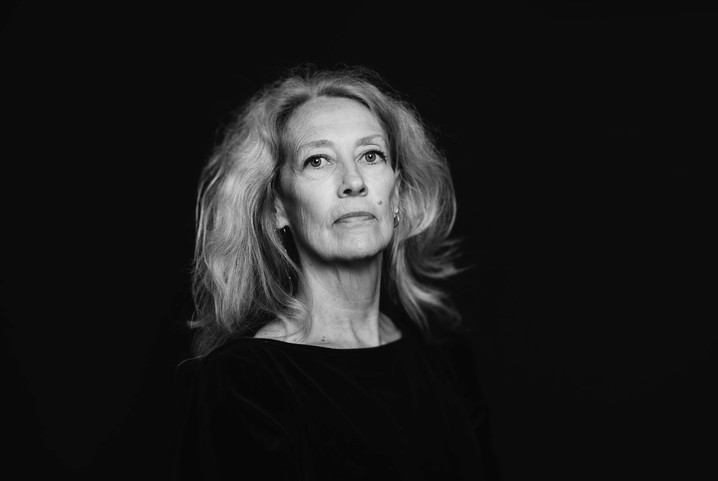 We are happy to present our selected title author Marit Kaldhol. She has written On a Staircase in the Universe (original title: På ei trapp i universet), which is illustrated by Susanna Kajermo Törner.
The book is one of NORLA’s Selected Titles of the autumn 2022.

The book explores the beginning of life on the micro- and macro-level, first by delving into space, then by looking at life that forms from eggs.

This is expressed through the sense of wonder and curiosity of two children and their cat, Jupiter, who live on a small farm next to a forest.

The book shows how different beings have eggs, carry eggs, lay eggs, and how the new life in the egg develops to become different animals; everything from minuscule insects, to birds, fish, humans, and huge ocean- or land-animals, and with the innumerable properties and characteristics that lie latent in the egg. The poems more closely examine big and small eggs, eggs with and without shells, eggs that are looked after or that float freely and are left to themselves. In short, we show snippets of the infinite diversity in nature – and the obvious: it’s not only hens who lay eggs.

In the poems where the poetic gaze is turned to how the universe was created, they ask how planets were formed and how it will all one day end. They try to grasp the enormous distances, the incomprehensible timescale, the unfathomable connections between time, space and light, between life as we know it, and the big and infinite that we are also part of.

The book stands out as a verse book for children (6-9 years old) by addressing simultaneously universal and down-to-earth themes: how life and the universe began and are in continual creation and development. Wonder is the engine at the heart of the poems, the playful approach to the early phases of life. While the children and cat in the book fantasize, speculate and discuss their own roles, the knowledge in the text is based on scientific facts and dilemmas the world’s scientists also work on.

The book attempts to awaken wonder and stimulate further interest in all these dizzying connections where the micro- and macro-levels coexist. By conveying the joy and wonder of nature, and the physics of both the Earthly – on the stairs and in the woods – and the galactic, the unknown worlds our own planet is a part of, the poems communicate that humans are both big and important, and simultaneously small and complete irrelevant. And the book dares to ask: What happens when it all ends?

Read more about the author/illustrator here