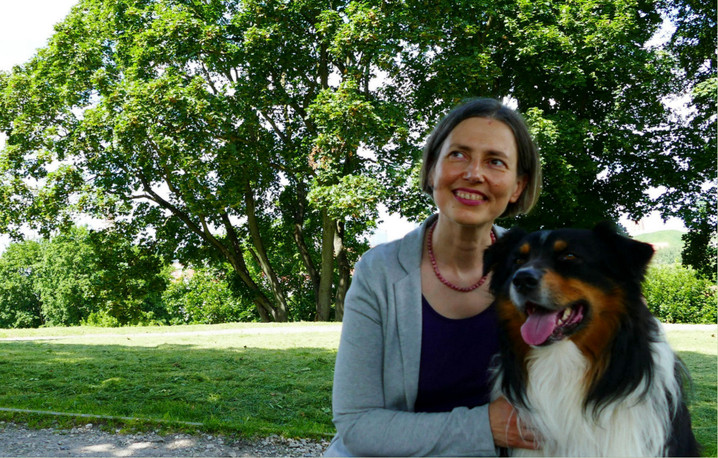 Our Translator of the Month for August is Nora Strikauskaitė, who translates fiction and non-fiction from Norwegian into her native Lithuanian. This year will see the release of the Lithuanian translation of Roy Jacobsen’s novel Just a Mother; it will be the fourth book in the Ingrid Barrøy series to have been translated by Nora. For poetry festivals in Lithuania Nora has translated the works of a number of Norwegian poets, including Triztan Vindtorn, Inger Elisabeth Hansen, Torgeir Schjerven, Liv Lundberg, Knut Ødegård, and Steinar Opstad. She has also translated Norwegian picture books for children (as part of The University of Stavanger’s SPrELL project), and has been involved in Vilnius University’s Norwegian-Lithuanian Dictionary project.
Nora has worked as a Norwegian teacher for many years, and currently teaches full time at Vilnius University.

You’ve done a lot of work with poetry. Is there a Norwegian poem you particularly love, and want to share with us?
It’s difficult to choose just one poem, utterly impossible. It could be something from Olav H. Hauge, I really love all his works. Perhaps “The Sea” or “The Story of Ch’u Yuan”.
But I want to share a poem by Erling Kittelsen, which has stuck with me ever since I translated it, because it perfectly expresses “the unbearable lightness of being”. It’s become especially relevant in our days with the bloody war in Ukraine. It’s impossible to comprehend that such things are happening in the heart of Europe in our century, and that no one stops this bestiality and madness. In a way, everyone of us defines here and now what humanity is.

How do you interpret ‘gjendiktning’ [a Norwegian concept relating to the translation of poetry, which can be translated as ‘re-poeticising’]?
We’ve heard that this word/concept doesn’t exist in all languages
In Lithuanian, ‘gjendiktning’, or re-poeticising is translated as ‘a (free) translation’, and the language implies that it is more a translation process than a free creative work, even if the word means the same in both languages. In the process of translating poetry in particular, both ‘the possible’ and ‘the impossible’ emerge. And then this ‘impossible’ must be transformed. After I’ve done the preparatory work when I translate a poem, and this has created a concrete, firm framework, then the best, magic part begins, during which the poem gains its Lithuanian robe. This part, I think, can be called ‘gjendiktning’, or re-poeticising, and it happens by itself. I love it so much.

Learn more about Nora on Books from Norway