The authors describe the situation in Afghanistan today in a unique way through their travels and meetings.
On two trips, in 2013 and 2016, both have been visiting all the regions of the country to document how life unfolds here, both during the invasion and present, after the Western forces resigned.
A warlord threatens to execute them. Another uses the bullets he has in his body as witness of his just struggle, his authority and his invincibility.
A chief of a militsia explains how he keeps up with the government one day, then changes the next day to keep up with the rebels. We meet women activists who risk their lives for their cause, and we meet child soldiers talking about their fear of war and of death.
In addition to warlords, security forces and opium farmers, we meet all those who are on the run, trying to escape – and women remaining in Afghanistan trying to create change.
Now that foreign troops have been withdrawn, the media’s priority of Afghanistan is also reduced. But the war in the country is far from over, on the contrary- it is getting worse. The West has seized military and politically in Afghanistan. What have we really contributed with? What are the consequences of our warfare? 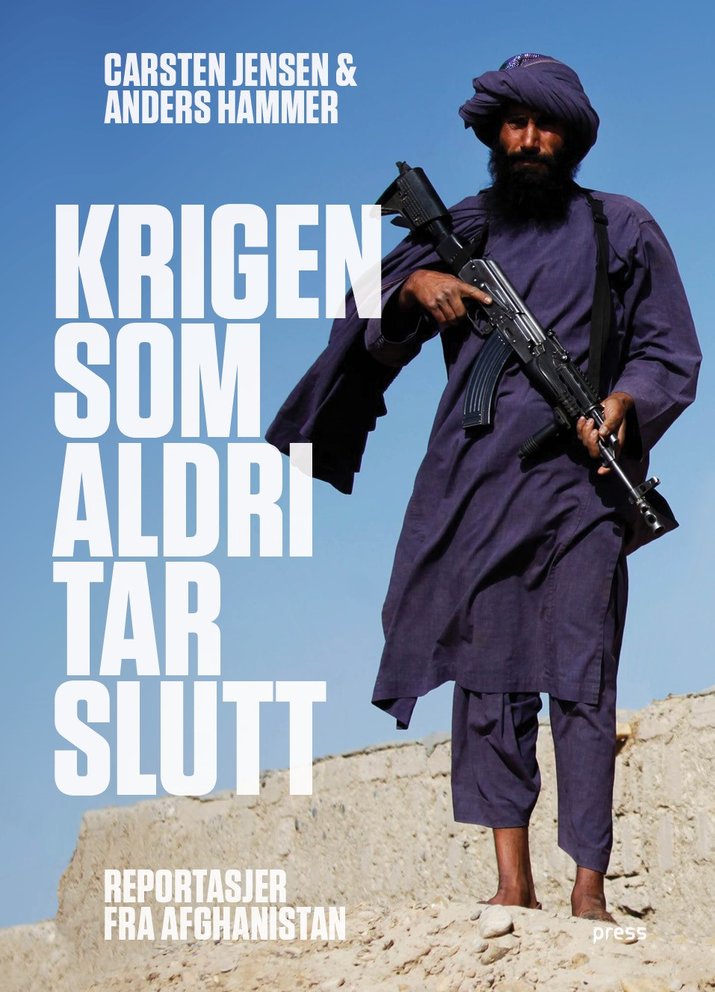 ‘A book making you wiser.’

‘While Western forces leave Afghanistan, Jensen and Hammer go in. Close-up reports from two authors who perfectly complement each other.’

‘Praiseworthy … the reader comes closer to the inhabitants of Afghanistan.’

Jyllands-Posten, Denmark, 6 out of 6 stars

Carsten Jensen (b. 1952) has published a large number of essays, travel reports and novels. He has followed the development in Afghanistan since the 1980s. His novel based in Afghanistan «The first stone» was honored by Danish and Norwegian critics as a classic in the genre and was nominated for the DR Roman Prize in 2016.

Anders Hammer (b. 1977) lived in Afghanistan between 2007 and 2012 and has ever since continued to work there as a journalist. Hammer has directed a number of documentaries from conflict zones, including five films for Norwegian Broadcasting. He has written the books Dream Wars and Viva Kabul! Hammer has been awarded the Great Journalist Prize and Fritt Ords Award.
Anders´ collaboration with the British newspaper The Guardian; «Rania´s Oddysey» has had an incredible diffusion; it was seen by more than 8 million people in less than 24 hours and is now broadcasted widely in many nations.