Betrayed and abandoned, with a dragon as their only rescue! An intriguing new fantasy book series by Cha Sandmæl!

Book 1: Betrayed
How do you start over when you’ve lost everything? The ash elf Kha excels in magic in an underground world, – a world where the moon is worshipped and families are tight-knit. Kha believes they are in good hands in this safe and protected existence, but dark forces in the world are conspiring to make Kha’s magic their own. One night, Kha is stripped of everything they know, and forced to make their way to the surface for a chance at a new beginning. Defenceless in another reality they are chased from pillar to post before help emerges from an unexpected source… but why would a dragon bother helping an abandoned and betrayed elf?

Attacked is the second volume in the epic book series for children and young people about the ash elf Kha!
Kha has got a friend and ally in Ranja. A dragon by day, and a woman by night. Together, they decide to look for a magic wreath that can free them both from the curses that ride them. But Kha’s persecutors have not given up the fight. 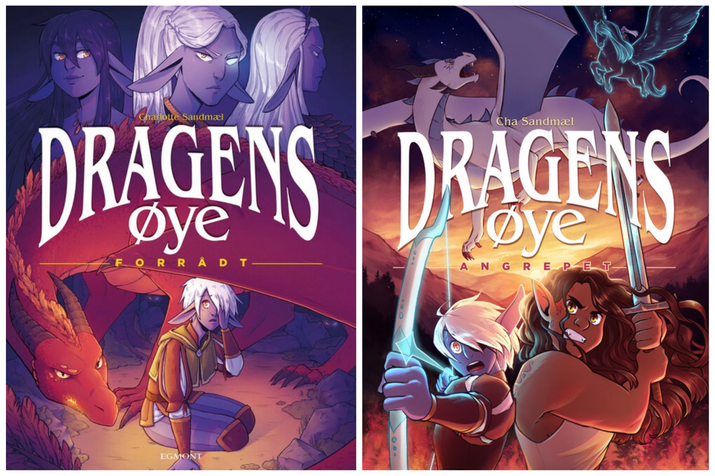 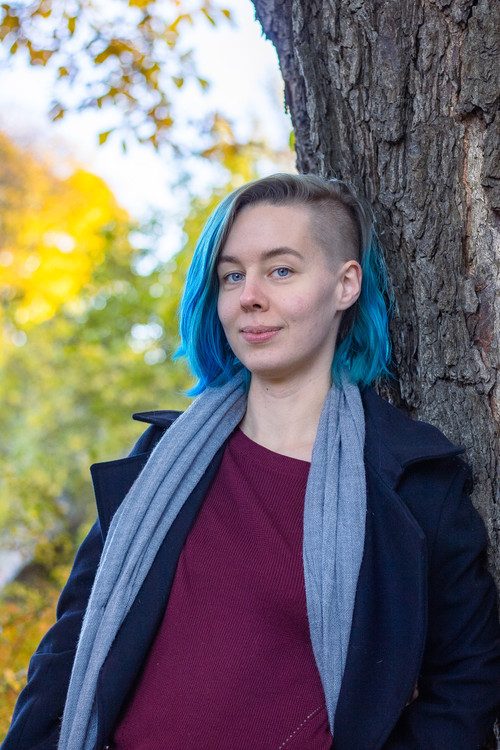 Cha Sandmæl (1992) is a comic creator and illustrator living in Oslo. The Eye of the Dragon is their first two graphic novels in the series.
Before making these books they was a freelance illustrator while they also made a webcomic and worked part time at a bookstore.

Read our interview with the author