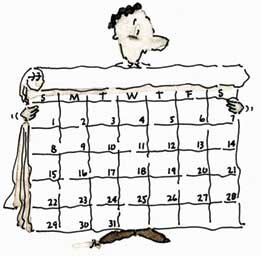 January 21-25 – NORLA at the Jaipur Literature Festival and BookMark in India.
Read more.

February 9 – Focus on Norwegian fiction in Copenhagen
The Norwegian embassy in Copenhagen, the Norwegian Publishers Association and NORLA continue their collaboration on initiatives to promote Norwegian literature in Denmark. An exclusive mini-seminar is being arranged on 9 February for Danish publishers, dedicated to Norwegian fiction. Critic and translator Margunn Vikingstad will give an orientation on Norwegian contemporary literature. The authors Hilde Kvalvaag and Johan Harstad will present themselves and their writing.
Read more.

February 15 – Application deadline: NORLA’s Translators Hotel Spring 2016
NORLA offers translators of Norwegian literature to apply for stays at our Translators hotel in Oslo during the spring of 2016: weeks 16-17 (i.e. as of Monday April 18 through Sunday May 1).
Please note that the offer is only available for translators who translate directly from Norwegian.
Read more (in Norwegian) here.

February 18-20 – Translation festival “Oversatte dager” in Oslo
In conjunction with the translation festival “Oversatte Dager” (Translated Days) at the Norwegian House of Literature in Oslo, NORLA has once again this year announced a causerie contest for translators of Norwegian literature. Three winners have been chosen and they will perform their causeries during the festival.
Read more.

March 9-10 – Initiative to promote Norwegian literature in Tokyo
In collaboration with the embassy in Tokyo NORLA is planning a two day programme about Norwegian literature. The event is designed for Japanese translators and publishers and will have a particular focus on crime fiction and children’s literature. Participants from Norway are authors Jørn Lier Horst, Mari Kanstad Johnsen, Erik Bertrand Larssen, publisher Svein Størksen of Magikon publishing house and translator Anne Lande Peters, as well as NORLA.
Read more.

March 17-18 – Translation workshop in Calcutta
NORLA have been cooperating with Seagull School of Publishing about a seminar on translation to/from Indian languages. The seminar was originally planned for the autumn 2015, but will take place March 17-18.
Norwegian writer Pedro Carmona-Alvarez will participate and work together with the translators on an excerpt from his novel “The Weather changed, Summer came, and so on”, which has been translated from the Norwegian by Diane Oatley. The English text will be used as a basis for translations into Indian languages.
Read more.